Who is Billy Walters?

Billy Walters is a professional gambler who was born on the 11th day of November in the year 1952 in a small town called Munfordville, Kentucky. He grew up in a family where gambling was a way of life and this can be deduced from the fact that his uncle and his very own dad were passionate about the game of poker. This was the life that was known to Billy. 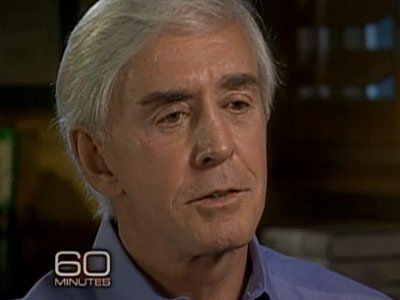 Billy grew up in this world of gambling (also known as betting) especially sports betting and in the year 1980, he went ahead to Vegas to become a poker player which he did for quite some time. He later left poker playing and joined gambling (sports betting) as a full time professional.

Billy actually started his gambling life at an early age of five as an amateur gambler. He continued in this lifestyle until he grew up although he did not understand what it took to become a professional gambler back in those days. He had to relocate from Munfordville, Kentucky to Vegas before he was able to properly understand the intrigues of making money as a professional gambling.

He later became very popular as one of the richest professional gamblers that can be seen in the field of sports betting today. He has employees that are skilled and experts in various fields of life endeavors like mathematics, statistics and analyzing working for him on a full time basis. These expert employees help Billy Walters make all the money that he can make as a professional sports gambler. Professional Sports gambling to Billy Walters is no different from the Wall Street Betting as he sees and calls it (watching and taking favorable moves regarding the stock market by stock marketers).

Billy Walters as a Professional Gambler

Billy Walters is a well known name when it comes to professional gambling because he has made a lot of money from the very same art that a lot of people are scared of getting involved in due to the high level of risk that is involved in making money through this means. Billy Walters actually makes huge sums of money from this art and this is money that is to the tune of about $15 million in a very good year. It is imperative to state here that he has never had a bad year.

He actually made his first millions from the art of gambling from a roulette machine that was old sometime in the year 1986. The money was about $3.8 million and this was from a Casino that was based in Atlantic City. He has also made about $3.5 million from a Super Bowl betting and about $400,000 on a golf hole bet. This is really amazing and true about this Rich Professional Gambler known as Billy Walters. It is also important to say that it takes money to make money where Billy Walters is concerned because on a very good day, he can spend about $2 million for gambling.

Billy Walters has neither been a professional gambler that he is known to be today nor a rich and successful one at that initially. He was into car dealing when he was living in his Munfordville town in Kentucky and during this period he was so much in debt and he had reason to owe a lot of book makers. He even plea bargained to the misdemeanor charge of book making some time in the year 1982.

He later relocated to Vegas with his family in order for him to be able to go into gambling on a full time basis as a professional. This he has not only succeeded in doing but, he has also succeeded in being a name and a force to be reckoned with when it comes to professional gambling in the field of sports betting. He has also accomplished a great feat of being one of the few richest people that have made his financial fortune through the way that is regarded by all as one of the risky ways of making money and that is gambling.

Alternative Ways to Ask/Incoming Search Traffic:
The answer to the question Who is Billy Walters? is also applicable for the following questions:

﻿In 2004, the first episode of Poker Superstars was broadcast.