Casino Answers » Casino Trivia » What is the Biggest Casino in the World?


What is the Biggest Casino in the World?

At the time of writing, the world’s biggest casino is not where you might think it is. It’s not in Las Vegas, it’s not in California, it’s not even in North America. Monaco? Still in the wrong continent, actually. Somewhere that James Bond would go in a movie?

Actually, we have to go to Asia to find the biggest casino in the world, specifically to the new gambling haven of Macau where some of the richest gamblers in the world play.

Here’s a picture of this monstrosity: 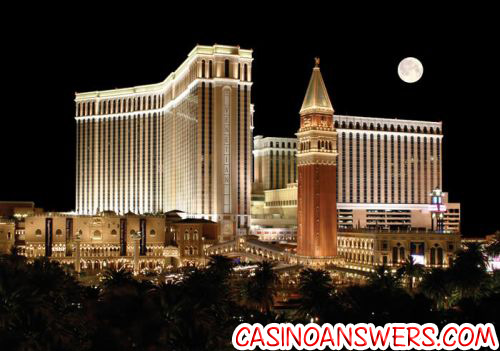 It’s on the Cotai Strip in Macau and is modeled on its Las Vegas counterpart. It is also the 4th largest building in the world when it comes to area, measuring in 10.5 million square feet (980,000 square meters). It’s so big that you are basically better off driving from one end to the other instead of walking.

So, in the 550,000 square feet of casino space, what is there? Well, it’s divided into four themed areas: Golden Fish, Imperial House, Red Dragon and Phoenix. Inside all these areas, there is a total of 3,400 slot machines and 800 tables. There is also a VIP club for all you high rollers out there called Paiza Club, which has its own private gaming rooms with some of the highest stakes games in the world.

So, start saving for your trip to Macau, take in the splendor and opulence on offer at The Venetian Macao. It truly is an absolutely incredible casino, and well worth making the trip to Macau.

And don’t worry – if any casinos open up that are bigger than this one – and we know eventually there will be – we’ll be darn sure to update this article. And no – the Winstar is not as big as the Venetian Macao.

I see you forgot to mention that your oblivious of Winstar Casino in Oklahoma….

Alternative Ways to Ask/Incoming Search Traffic:
The answer to the question What is the biggest casino in the world is also applicable for the following questions: