As the Reels Turn 2: The Gamble is a 5-reel, 15-line iSlot-branded video slot developed by Rival, featuring four scatter symbols, a free spin feature with a multiplier and four bonus games. You can play episode two of As the Reels Turn: The Gamble at Bovada. 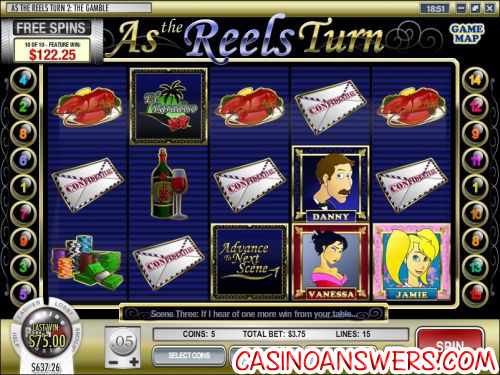 The two highest paying symbols on the As the Reels Turn 2 slot game are the El Paradiso logo and the Cashino Chips symbol. Both of these jackpot symbols pay up to 1000 coins.

From then on, whenever you hit move onto the next scene, you will play the Reel of Riches bonus game. It is a spin the wheel bonus game where all you have to do is spin the wheel and hope it lands on the “Jackpot.” 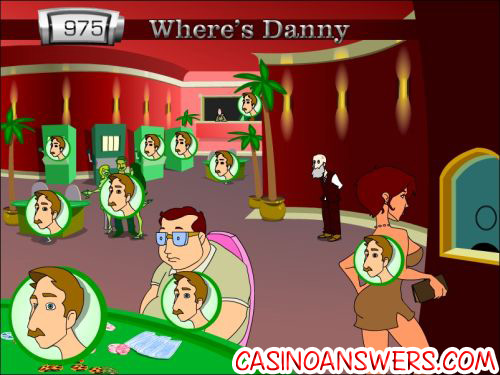 As the Reels Turn 2 is more of the same of the first installment, which in this case is a very good thing. The storyline is well done with a bunch of different bonus games to play along the way. The free spins feature with the 3X multiplier will win you a ton of Cashino chips. To play As the Reels Turn 2: The Gamble, head on over to Bovada!

Additional As the Reels Turn 2 Questions:

Can USA players play As the Reels Turn for real money?

Unfortunately, American players are no longer permitted to play at Rival online casinos for real money. Instead, we invite you to play at Slotland Casino.

Is there a free Flash game of As the Reels Turn 2 available?

All of Rival’s casino games are available in Instant Play format for players with Macs or who wish not to download the casino software. If you experience any issues with the Flash slot game, try downloading the latest version of Adobe Flash Player.

How do I trigger a bonus game on the As the Reels Turn 2 slot game?

There are many different ways to trigger a bonus game on the As the Reels Turn interactive slot game. The first is to Advance to the Next Scene by hitting 3 Advance scatter symbols. The second is the Find Danny bonus game, which you will get when 3 Danny symbols appear anywhere on the reels. Finally, if you hit 3 Bonus symbols, you will play the Cashino Chip bonus game.

Alternative Ways to Ask/Incoming Search Traffic:
The answer to the question As The Reels Turn 2 ISlot Guide & Review is also applicable for the following questions:

How does the As The Reels Turn Interactive Slot Work?