Casino Answers » Casino Trivia » What Is The Biggest Casino in Perth, Australia?


What Is The Biggest Casino in Perth, Australia? 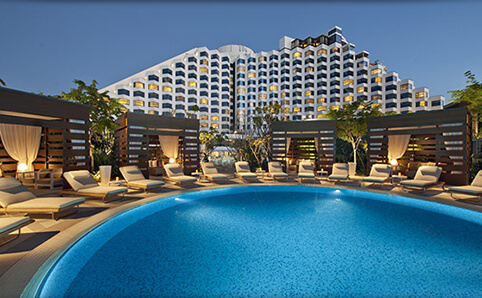 Located on the Great Eastern Highway, close to the Swann River, the Perth Crown is owned by Crown Limited and has been since 2007, with previous owners including Publishing and Broadcasting Limited and the Burswood Property Trust, which had the involvement of Genting Berhad, the Malaysian name behind the world-renowned Genting casino brand.

The casino opened its doors at the end of 1985 under the name Burswood Island Casino, while several other aspects of the complex were still under construction. In 1987, the first hotel, conference center, theater and stadium were completed, and the name of the casino was changed to reflect these improvements to Burwood Island Complex until 1999. Just before the turn of the millennium, major refurbishments at the complex were completed, and the name was changed ever so slightly again to Burwood Entertainment Complex. It remained that way until 2011, when it was re-branded Crown Perth, to bring it into line with Crown Limited’s other holdings. So it is safe to say that there is a long history of change at Crown Perth, and it is reflected in the number of refurbishments that have taken place over the years.

The casino itself is open 24/7, with around 1,500 slot machines on the floor, and just over 200 table games. The traditional table games are laid on at the Perth Crown, from baccarat, roulette and blackjack, to three-card poker, Casino War, Caribbean Stud Poker and also more Asian-influenced games such as sic bo and pai gow. There is also a large poker room for Western Australian poker players to immerse themselves in on their visit to the Perth Crown, which also features an exclusive bar and lounge are for the clientèle.

As with Crown’s property in Melbourne, the Crown Perth also has hotels on site, with the Crown Metropol Perth and the Crown Promenade Perth sitting in the complex to allow players to combine a vacation and a gambling trip. More acres are taken up by Crown Perth’s entertainment venues – the Crown Theatre, the Grand Ballroom and the Astral – as well as over a dozen restaurants, including the world-famous sushi restaurant Nobu, and another branch of Neil Perry’s Rockpool franchise. With almost as many bars, Crown Perth has a lot to offer for anyone looking for a night out in Perth. And if that all seems a little too high-paced, you can get yourself to Crown Perth’s spa, ISIKA.

There has been massive investment in Crown Perth over the last 30 years, and it is obvious when you look at the sheer size of the complex, along with everything that is on offer to people that pay a visit. It is safe to say that Crown Limited want to replicate the Crown Casino in Melbourne out west with the Crown Perth, and it is hard to tell the difference when you are inside either venue.

The one disadvantage of Crown Perth is the location, as most of Australia’s other casinos have central locations, making them ideal for the start of a night out, the end of a night out, or indeed a full night out, while you are limited to what is around you at the Crown Perth, so your night out is spent there. Not that the management will be complaining about that, of course, but convenience is an important factor what deciding whether to go to the casino or not. But if you are in Perth, Perth Crown is certainly worth spending some time at, especially if you are a keen poker player, as the poker room is one of the best in the country by a long, long way.

Alternative Ways to Ask/Incoming Search Traffic:
The answer to the question What Is The Biggest Casino in Perth, Australia? is also applicable for the following questions: