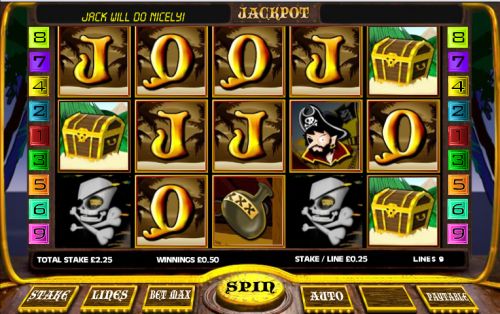 The Skull & Crossbones symbol is wild and will substitute for any other symbol in the game. The wild symbol will not pay out by itself. 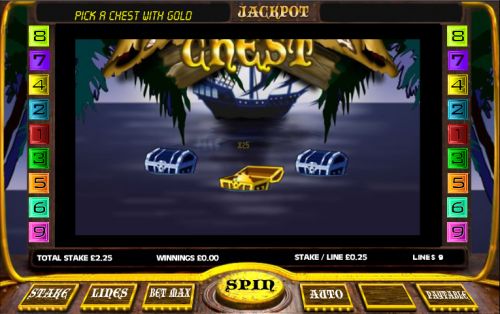 Dead Man’s Chest is a simple pirate slot with a bonus game and a progressive jackpot. Other than that, there isn’t too much to it, but it can still be a lot of fun to play the Dead Man’s Chest video slot at Bovada!

No, American players are not able to play Dead Man’s Chest for real money. For more pirate slots that you can play, please read our list of pirate slots, matey!

Do I need to download any casino software to play the Dead Man’s Chest video slot?

No, no software is required to play the Dead Man’s Chest flash slot game at Bovada. Free and real money play are both available as options. If you have any issues with the flash casino, please download the newest version of Adobe Flash Player.