Win a Million is a 5-reel, 5-line video slot developed by Vegas Technology, featuring a wild symbol, scatter wins and a jackpot. You can play the Win a Million video slot at Bovada.

Win a Million is a money-themed video slot. Symbols include the Million (scatter symbol), Briefcase (bonus symbol), Donald Trump (wild symbol), Older Millionaire, Bed of Cash, Gem, Safe, Cash, Dollar Sign and Coin symbols. For a look at the Win a Million video slot from Vegas Tech, a screenshot has been provided below: 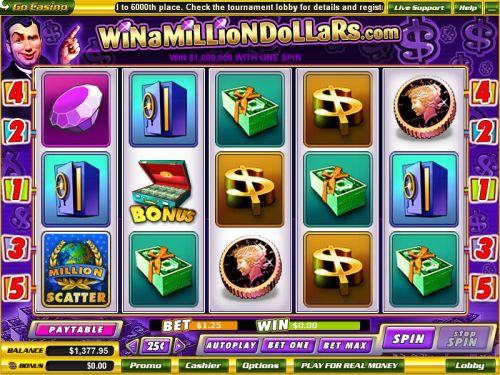 Win a Million is a penny slot game. Bets on the Win a Million slot machine are $0.01, $0.05, $0.10, $0.25, $0.50, $1 and $5 per line. You can select up to 5 paylines on the Win a Million online slot. You can bet up to the maximum total bet of $5 per spin, which is a decent betting range, considering how many paylines are on the slot. Players can skill stop the reels by pressing the “Stop Spin” button in mid-spin. To play Win a Million, select your bet and hit “Spin” or to play the maximum bet, hit the “Bet Max” button. 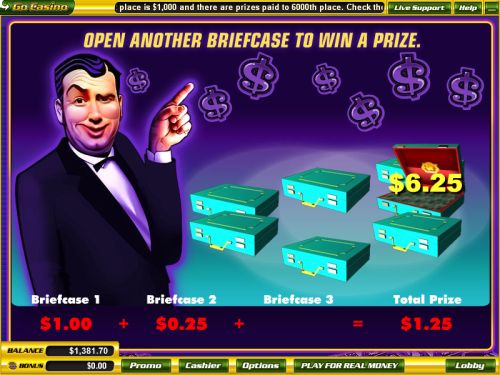 Win a Million offers a huge $1,000,000 jackpot as well as a bonus game. The prizes are so good that it’s definitely worth playing a few spins to see if you can Win a Million! To play Win a Million, sign up and make a deposit today at Bovada.

Where can players from the USA play the Win a Million video slot?

Players from the United States of America are welcome to play the Win a Million slot game at the USA-friendly Go Casino!

Alternative Ways To Ask/Incoming Search Traffic:
The answer to the question Win A Million Video Slot Review is also applicable for the following questions: