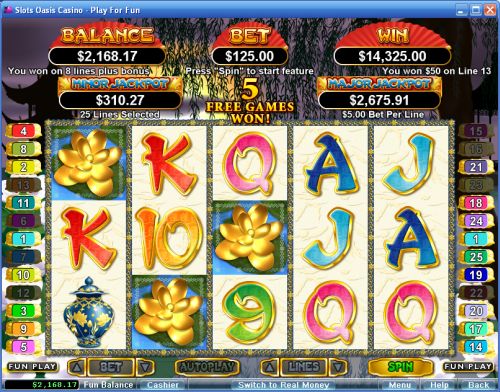 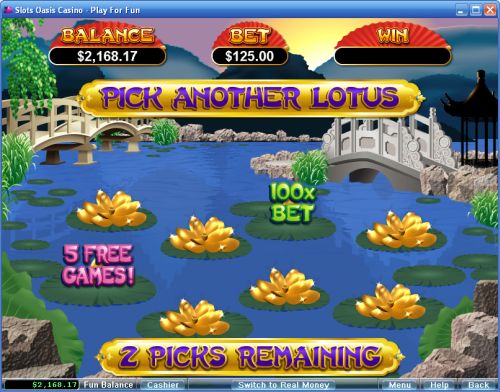 Golden Lotus has two progressive jackpots – Minor and Major Jackpot. These jackpots are at $314 and $2,680 respectively. The jackpots are won at random, so you are eligible for both of these jackpots with every spin you make – whether you win or lose! Progressive Jackpot wins are added to other slot game wins. Random Jackpot contribution is no more than 1.5% of total Return to Player.

Golden Lotus has an advanced autoplay mode. Hit the “Autoplay” button to open the autoplay settings. You will be able to set the number of spins, set it to stop when the jackpot is won, stop if a win exceeds or equals (any amount you input), stop on any win, stop if your balance increases/decreases by any amount you input and stop once the feature is triggered. You can stop the Golden Lotus autoplay mode using the “Stop Auto” button to deactivate it.

Golden Lotus has some interesting special features that can lead to some very big winnings. You can try out the Golden Lotus video slot when you sign up and play at Bovada.

Where can USA-based players play the Golden Lotus online slot for real money?

Alternative Ways To Ask/Incoming Search Traffic:
The answer to the question Golden Lotus Video Slot Review is also applicable for the following questions: