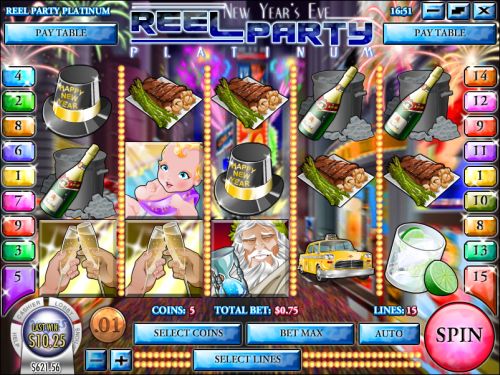 When 3, 4 or 5 Father Time symbols appear anywhere on the reels, you will win 10, 20 or 100 free spins with a 3X multiplier. All wins during the free spins feature are tripled. All bets and lines played are the same as the game that started the feature. You can party all night long after triggering this feature when you play Reel Party Platinum at Bovada! 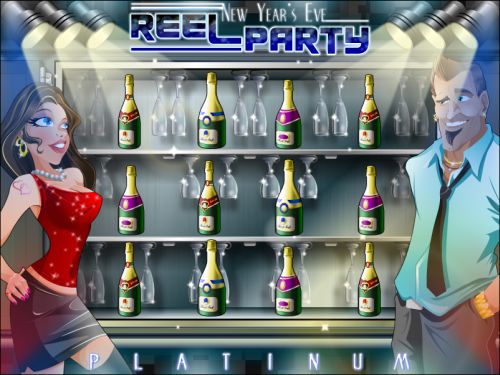 Reel Party Platinum has an autoplay mode available for real money players only. To access it, press the “Auto” button. You can play from 1-500 autoplay spins, stop when your balance increases/decreases by $1-1000, stop on any win and set a delay between spins of 0-10. You can stop the autoplay mode on the Reel Party Platinum video slot at any time by pressing the “Stop” button.

No, American players are no longer allowed to play at Rival online casinos. Instead, we suggest you check out a Slotland casino like Win A Day Casino for all your online gambling needs.

Where can I play a flash version of the Reel Party video slots?

These video slots can be played for free or real money in your browser at Bovada. If you have any problems with the flash casino, make sure you have the latest version of Adobe Flash Player installed on your computer.