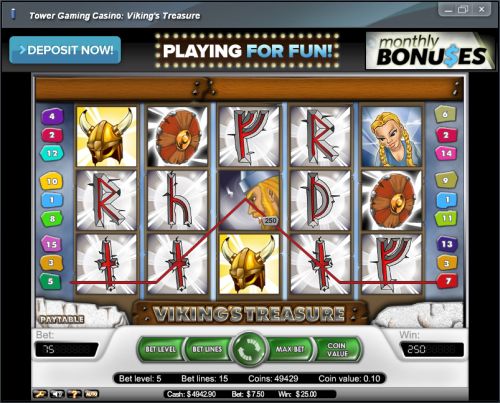 The Treasure symbol is scattered on the Viking Treasure video slot. 2, 3, 4 or 5 Treasure symbols anywhere on the reels will pay out 2X, 5X, 25X or 500X your total bet. When 3 or more scatter symbols land anywhere on the reels, you will win 15 free spins with a 3X multiplier. Wins during the free spins feature will be tripled. You can win your own treasure by triggering this feature when you play Viking’s Treasure at Bovada!

Only the highest win on an enabled payline is paid. Combinations win only if in succession from left to right, except scatter symbols. Scatter wins are multiplied by the total bet. Winning combinations of symbols are displayed in the paytable, a screenshot of which has been provided below: 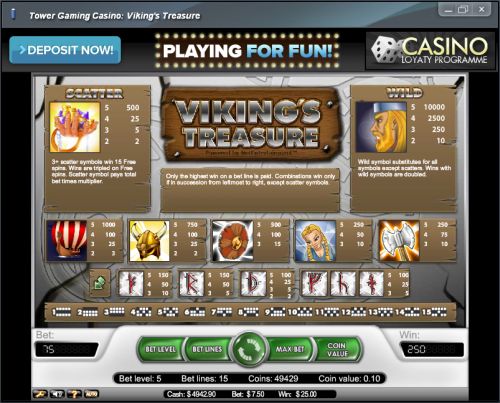 Where can I play a Flash game of the Viking’s Treasure free slot?

Unfortunately, Americans can’t play this video slot for real money at this time. On the bright side, players who are based in the United States can play the Viking’s Voyage slot game at Bovada.

Is there a Macintosh version of the Viking’s Treasure video slot?

Yes, you can download Macintosh casino software at Tower Casino.