How the Card Game Poker Got Its Name

Are you interested in etymology or are you just wondering how poker got its name? Read along as we explain how both poker and casino got their names. It’s almost unbelievable how important names truly are.

If you’re the curious type and also love gambling, then you’ve probably wondered how all the fun names of the different games came to be. Most names stem from words from different European languages with a meaning quite similar to their present meaning. Their etymology is quite interesting.

For example, the word casino has its origin in the Italian language. The Italian word for house is casa, which is the root of the word casino. The word casino originally meant a social club, a summerhouse, or a country villa. Later on, it referred to a public building, where fun activities like gambling, dancing, and sports took place. 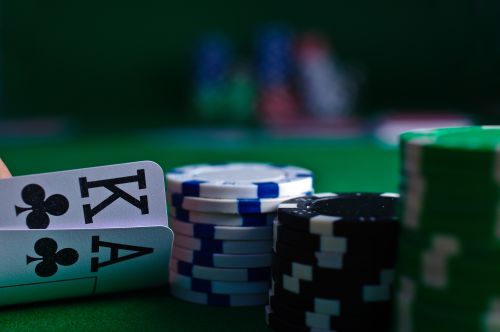 How Poker got its name

Poker was called poker for the first time in the early 19th century. There are two theories on how poker got its name. One is that it stems from the French game of Poque, while another is that it stems from the German game called Pochspiel. Most historians lean towards the origin being French. This is because the word Poker seems to have been widely spread from New Orleans, where the game of Poque was also very popular.

No matter which one of these is the original card game, it’s very likely that the word stems from the German word ‘pochen’ since this word means bluff/brag. So basically, the word Poker means to bluff, which is of course the key element in the game. Today there are many different kinds of poker to explore.

Poker got is still evolving

The most famous of these different kinds of poker is of course Texas Hold’Em. The basic elements of poker are present in most of these different types, but there are also quite a few differences. As poker has become increasingly popular, new variations appear. The popularity of online poker has especially made new versions of poker widespread. Some of these are played way faster than the original game and with fewer elements. These games are particularly popular to play in tournaments, where the primary goal is to win money.

The Importance of a good name

This could be an initiative, a business, or a third where people instantly connect the thing with the name. These associations are truly something to think about because they affect the signal and values that you’re trying to express. If you’re looking for a name, there’s plenty of help to find the right name. There are several free online tools for you to choose from for example Business Name Generator. This is a name generator that generates name suggestions based on keywords related to your project. Finding the right name is therefore strongly connected with the ability to look inwards and reflect on what values you would like to have associated with your name and external image.