Around a decade ago, to the surprise of many casual observers of the casino industry, it was announced that baccarat had overtaken blackjack as the game with the largest revenue at US land-based casinos. In fact, the game was such a formidable revenue earner that it constituted around 60% of revenues for the MGM Grand Casino in Las Vegas.

Of course, we can point to some reasons for this, not least the fact that baccarat is considered a favorite among high rollers. Indeed, back in 2012, the boss of the MGM Grand Casino all but admitted that healthy casino revenues were dependent upon “baccarat whales” coming in and placing huge bets on the game.

But baccarat’s sustained popularity makes for a fascinating discussion of how certain games – and elements within those games – can be alluring, and not just to whales.

An allure in baccarat’s simplicity

For a start, learning how to play baccarat is easy. And once you know the rules and basic strategy, there isn’t much more that you need to know. Sure, some people will tout more complex baccarat strategy, but the simplicity of the game (in terms of its probability) is surely one of the most attractive aspects.

Indeed, baccarat arguably joins roulette as the ultimate game of chance at casinos. Some have even called it a veritable coin toss (minus the Tie), creating a simple win or lose scenario that fascinates players.

Certainly, fans of the game will also point to its advantage over roulette in terms of the house edge. If you are a whale and are going to put a lot of money on an even money bet, then playing baccarat will arguably appeal much more than going for red/black or odd/even in roulette.

However, it should be noted that the conditions of house edge will depend on several factors. When it’s single deck baccarat, the house edge will be as little as 1.01% for the Banker Bet. Single deck can actually increase the house edge on the Player Bet. With eight-deck shoes, the most common variant offered, you are talking about 1.06% for the Banker Bet and 1.24% for the Player Bet. Tie, a fool’s option according to most baccarat experts, comes in with a hefty 14% house edge.

Commission for Banker Bets is another aspect that must be factored in. But, even if you aren’t playing on a commission-free table, you’ll still enjoy superior house edge to roulette, particularly American (double zero) roulette. The latter can have a house edge as high as 5.26%. It makes a lot of sense, therefore, to opt for baccarat for your even money bets. 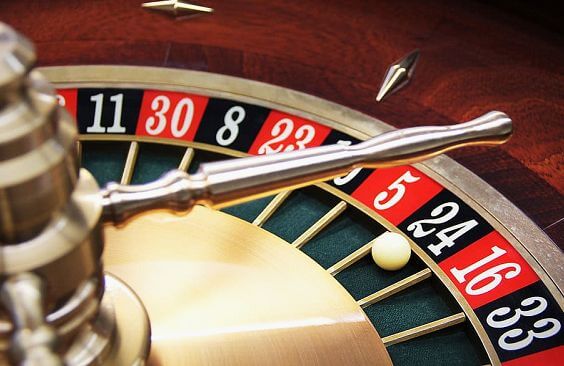 Perhaps what we are getting at is that baccarat tends to keep things simple, both in terms of strategy and in terms of returns to the player. This simplicity is a big part of the allure. Yes, you might say that blackjack is a simple game, and you might even argue that the house edge is lower than baccarat. But there are many factors that must combine for success in blackjack, including how you implement your strategy.

Baccarat, however, is almost a pure game of chance. It is the equivalent of going into the casino and playing a coin toss. The complexity of poker, blackjack, and even roulette, might be seen as advantageous in terms of being able to implement strategies. But there is a mystique in the simplicity of the outcome of baccarat. Those whales propping up casino revenues know that it’s a zero-sum game, and that’s what keeps them coming back.