Casino Answers » Sports Betting » NFL » Bet on Peyton Manning: What Team Will He Sign For


Bet on Peyton Manning: What Team Will He Sign For

On Monday March 7th, 2012 it was official – Peyton Manning would be leaving the Indianapolis Colts, and becoming one of the hottest free agents we’ve ever seen in the history of sports.

As you can imagine, there’s a lot of speculation about where Peyton Manning will end up next.

But why speculate, when you can bet on it?

There’s lots of possibilities as to where Peyton Manning can go. Will Peyton end up at the Miami Dolphins? They’re one of the favourites, along with the Seattle Seahawks and Arizona Cardinals.

If you want to bet on what NFL team Peyton Manning will sign for, you can do this at 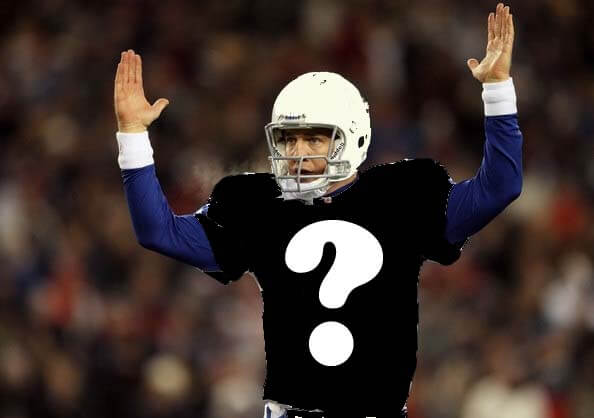 Please Note: We will continue to update this page whenever we hear any Peyton Manning related news, so be sure to bookmark us, and return regularly, before placing any bets at

on where Peyton will go.

All news will be updated below the latest betting odds. You can see the betting odds on where Peyton Manning will go below:

March 7th, 2012: It was officially announced today that Peyton Manning would be leaving the Indianapolis Colts. Within two hours, the betting odds were listed at

March 8th, 2012: Peyton Manning headed to Miami…however that’s because he has a condo there that he stays at. Reporters talked to Peyton, who said he doesn’t know who wants him. He even said he doesn’t know how the process works. Manning is apparently not in town to meet with anyone from the Dolphins, although that could obviously change.

I can’t seem to bet on what team Peyton Manning will sign for?

The odds appear to be temporarily closed. Be sure to sign up at

as they will send out e-mails if the odds open up again.

What team will Peyton Manning Go to?

Good question. There are a lot of possibilities here. Let me analyze every one, based on the teams listed by

Miami Dolphins: Dolphins seem to be the early favourites, and with good reason. One thing the Dolphins have continually looked for since Marino retired is a franchise QB. I believe they’ve had 15 or 16 quarterbacks since then. Manning is the one that they could hang their hat on. Moore was solid enough last season, but not enough to keep a fit Peyton Manning out of the team. Manning also has a condo in Miami, which may help convince him as that’s one less hassle.

Arizona Cardinals: Finances could be an issue for the Cardinals, after they gave Kolb a huge contract last season. So that could be a major issue right there. Cardinals would be a great fit for Peyton however, as he would work great with Fitzgerald, and would be given a lot of freedom like Warner was years ago.

Seattle Seahawks: This is the team I want Peyton Manning to go to. I’ve always had a soft spot for the Seahawks, and a franchise QB like Peyton Manning could be enough to make them a big challenger for the Superbowl this season. They already have some amazing players like Marshaw Lynch, and a young and potentially great offense. Adding Peyton to the mix could be sick.

Washington Redskins: It’s been a rotating door lately for the Skins in terms of quarterbacks, and Washington have the salary cap to go after Peyton. The problem is that Peyton wants to WIN, and unfortunately I don’t think Washington is the place to be for that. They just have so much to improve overall.

New York Jets: I just can’t see this one happening at all. Sanchez isn’t great but he’s still a very solid QB. On top of that, is Peyton really going to go to the Jets, with Eli at the Giants? That WOULD make for some amazing Jets-Giants games, but I think the family bond there is enough to stop that from happening.

Kansas City Chiefs: Salary Cap and money is an issue here when it comes to the Chiefs. Manning would be a good fit, but I don’t think he is necessary for the Chiefs in regard to their whole team and Cassel, and I can see them bowing out of the race early.

In conclusion, I think the Seahawks would be the best bet for Manning. Bet whoever you think, at

Alternative Ways to Ask/Incoming Search Traffic:
The answer to the question Bet on Peyton Manning: What Team Will He Sign For is also applicable for the following questions:

Who is Peyton Manning going to? What team will peyton manning go to?