Golden Tour is a 5-reel, 5-line video slot developed by Playtech, featuring a wild symbol, a bonus game and a progressive jackpot. You can play the Golden Tour video slot at Bovada. 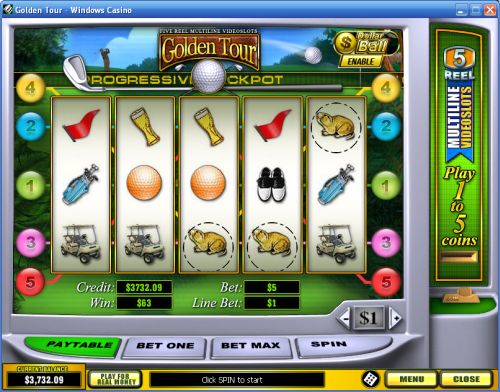 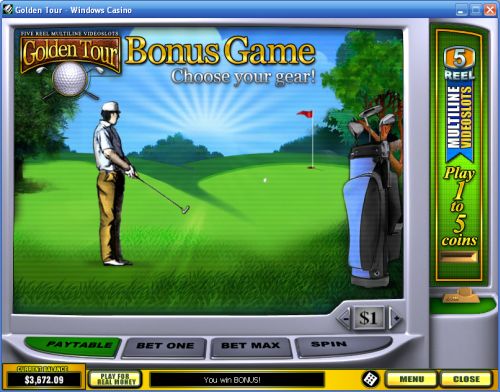 Golden Tour is an older video slot, so it may not seem like much by today’s standards, but if you are looking for a golf video slot, you may enjoy playing it. You can play the Golden Tour video slot for real money when you sign up and make a deposit at Bovada.

Can players from the USA play the Golden Tour online slot for real money?

Players from the United States are unable to play the Golden Tour slot game for real money at this time. For an excellent golf slot, you can read our Hole in Won iSlot Review or play it at Bovada.

How do I trigger the Golden Tour bonus game?

The Golden Tour bonus game can only be triggered if three of the Gopher, Mallard or Catfish symbols appear on consecutive reels.

How do I win the Golden Tour progressive jackpot?

Is there a Golden Tour flash game that I can play in my browser?

Yes, you can play the Golden Tour flash game for free or real money at Bovada. If you experience any problems with the flash casino, make sure you have installed the most recent version of Adobe Flash Player.

﻿In 1978 poker player and commentator Ali Nejad was born.