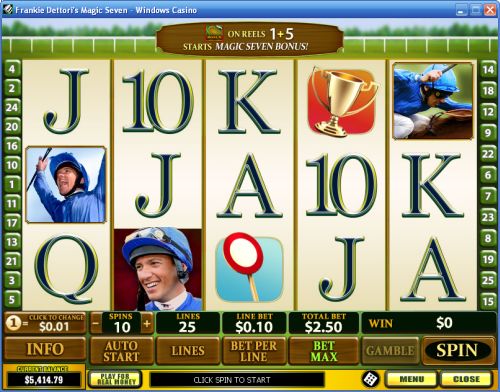 When the Racetrack bonus symbol appears on the first and fifth reels at the same time, you will trigger the Magic Seven bonus game. In the bonus game, you will be taken to a track with several different spaces. You will pick these spaces to win cash prizes or multipliers. After choosing, a video of one of Frankie’s Magic Seven wins will be played. If you choose a “Collect” symbol, you will collect your winnings. The bonus game cannot be triggered during the free spins feature. For a look at the Magic Seven bonus game, a screenshot has been provided below: 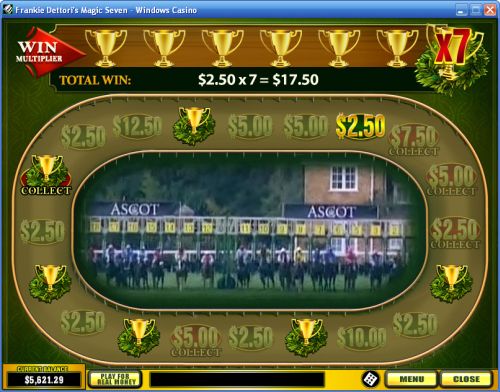 If I’m based in the USA, can I play the Magic Seven slot game for real money?

Where can I read more horse racing slot reviews?

For more slot reviews of horse racing and any other sport, you can see our list of sports slots online.

Where can I play a free Flash game of the Frankie Dettori video slot?

You can play a free flash version of the Frankie Dettori slot game at Bovada. You can play for free or real money. If you have any difficulties with the flash casino, make sure you have installed the most recent version of Adobe Flash Player.