Fairy Magic is a fantasy-themed video slot. Symbols include the Fairy (bonus symbol), Unicorn (wild symbol), Treehouse (scatter symbol), Gnome, Flower, Mushroom, Squirrel and Ace, King, Queen, Jack, Ten and Nine symbols. The symbols on Fairy Magic look fantastic and have animations and sound effects to sweeten the pot even more. For a look at the Fairy Magic video slot from Playtech, a screenshot has been provided below: 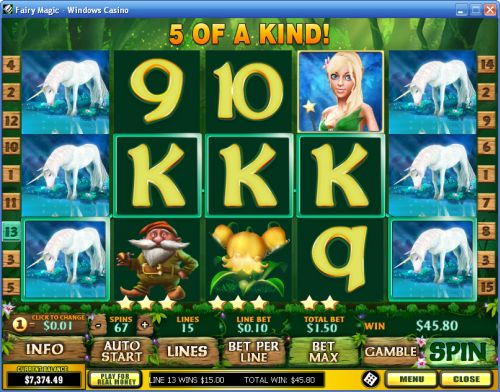 Whenever the Fairy symbol appears on a reel in Fairy Magic, a star will fall onto the bottom of the reel. Once you have collected 4 stars under a reel, you will win 4X your total bet and 5 free spins at a 2X multiplier. If you exit the game and later re-enter, the stars will be saved under the reels. Stars are collected separately for every total bet played. If the Fairy symbol appears during the free spins feature, you will win an additional 5 free spins. You can win big from the Fairy Magic free spins feature at Bovada! 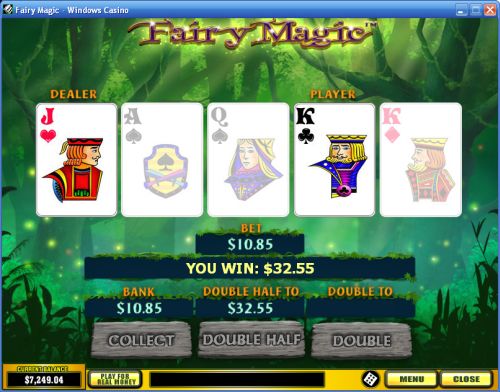 No, players from the United States are not able to play the Fairy Magic online slot game for real money at this time. For a great number of USA-friendly slot games, please visit Bodog Casino.