Snow Honeys is a 5-reel, 20-line video slot developed by Microgaming, featuring scatter wins, multipliers, a free spins feature and a bonus game. You can play the Snow Honeys video slot at Bovada. 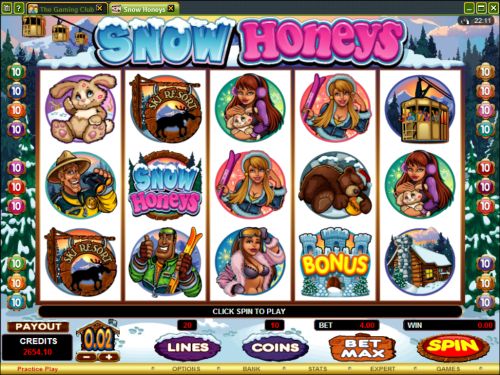 The next scatter symbol is the Ice Castle bonus symbol. 3, 4 or 5 Scattered Ice Castle symbols will pay out 2X, 10X or 100X your total bet. Payouts will differ during the free spins feature. If you hit 3 or more Ice Castle scatter symbols, you will also trigger the Hide & Seek bonus game. You will play as the bunny, who will choose different windows to open and throw snowballs at. You will win a prize for each snowball thrown. You can win up to 20,000 coins in the bonus game on the Snow Honeys video slot. For a look at the Hide & Seek bonus game, a screenshot has been provided below: 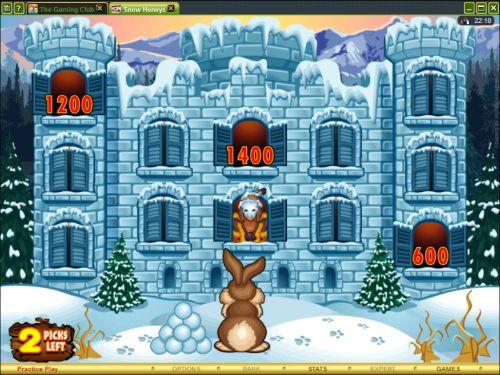 Snow Honeys is a great video slot to get you in the mood for winter, especially if you enjoy the outdoors and sexy ladies. Its top payout is decent, but feature-wise, there is both a bonus game and a free spins feature. You can play the Snow Honeys video slot when you sign up today at Bovada!

Is there a flash game available of the Snow Honeys free slot game?

Currently, there is no flash game available of the Snow Honeys video slot. However, you can play 200 other flash games in your browser at Bovada.