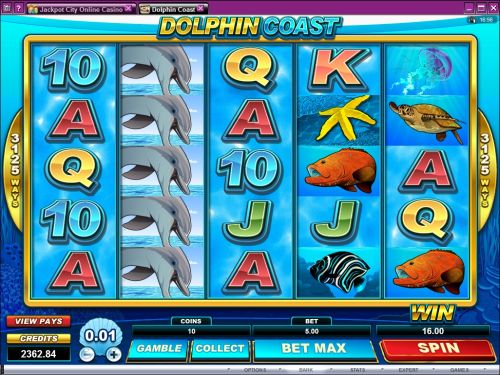 The Dolphin wild symbol is a stacked wild on the Dolphin Coast slot game, which means that it can appear on all five positions on those two reels. It appears on reels 2 and 4 and substitutes for all symbols except for the scatter symbol and Dolphin Coast logo. During the free spins feature, the Dolphin symbol will appear on all reels and will not be stacked.

The Dolphin Coast symbol is a standard wild symbol and will substitute for all symbols except for the scatter symbol. When the Dolphin Coast symbol appears on reel 3, you will be awarded the Wild Dolphin bonus feature. You will be able to select one of the three dolphins that appear to win a 2X, 3X or 4X multiplier. You will be able to win up to 800,000 coins. The Wild Dolphin bonus feature will only trigger provided wins are available for completion. The multiplier will only apply to wins it completes. 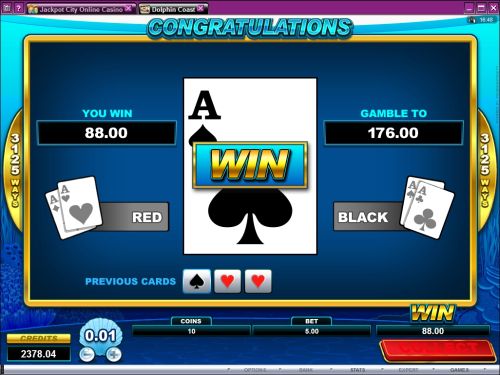 Is there a Dolphin Coast free Flash game that I can play?