Casino Answers » Casino Trivia » What Is The Biggest Casino in the UK?


What Is The Biggest Casino in the UK?

It was a sad day when Gordon Brown and his Labour cronies bottled it from introducing super-casinos into the British Isles. They had promised big, new, sprawling casinos and when the licenses were announced, the idea of Las Vegas coming to Great Britain was almost a reality.

With it would have come the huge casinos. Sadly, it wasn’t to be. But that isn’t to say there aren’t big casinos in United Kingdom. Oh, no. There is still a few big casinos out there and the biggest casino we could find is… G Casino Ricoh Arena in Coventry. 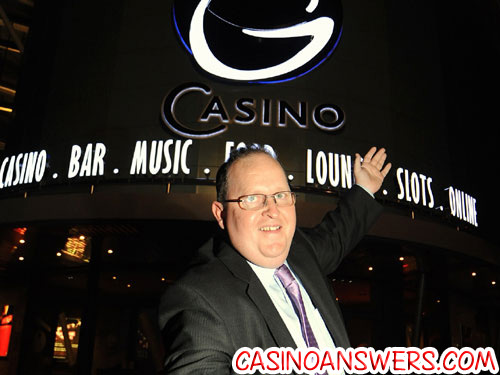 The casino was originally built by the Isle Corp in the Ricoh Arena in Coventry, right beside where Coventry City play their home football matches, if you were interested. It’s actually part of a biggest entertainment complex, which is always fun when going out to a casino. Seriously, I see a trip to a casino as a night out, so why not make it as fun as possible? When you’re in Coventry, the Ricoh is really one of the places to be. It’s around 40 acres in size and you can have more fun there than you can anywhere else in Coventry. To be fair, Coventry isn’t the most fun place in the world, but I digress…

Anyway, the Isle Corp created a casino in the Ricoh Arena which is around 100,000 square feet in size, making it, by our estimations, the biggest in the United Kingdom. Now, the casino itself has two late night bars and also a restaurant.

Isle Corp sold the casino in the Ricoh in 2009 to the Rank Corporation for £650,000 and the turned it into the flagship G Casino under the Grosvenor brand. Rank pumped another £1.6m into the casino to turn it into not just a big casino, but a glamorous casino with a night out under the one roof.

Now, in all the casinos I’ve played in in Great Britain, the G Casino at the Ricoh Arena is certainly one of the best for a night out. Yes, there are far fancier ones, especially in London, but Grosvenor have done their very best to make a trip to the G Casino Coventry a special one.

Of course, if you can point us in the direction of a biggest casino than the G Casino in the Ricoh Arena, get in touch and let us know!

And remember, if you can’t make it to Coventry, Bovada have an online presence now. The way I see it is they are a serious company interested in giving up players the best experience, which is evident at the Ricoh and it is also evident from their online casino. It’s almost as glamorous as their casino at the Ricoh Arena and it is a lot easier to get to. Check out Bovada now for a fantastic sign-up bonus.

What is the biggest G Casino?

G Casino has various locations in the UK. These locations that have G Casinos include Dundee, Aberdeen, Bolton, Luton, Sheffield, Manchester and London. The biggest G casino all is in Coventry.

Alternative Ways to Ask/Incoming Search Traffic:
The answer to the question What is the Biggest Casino in the UK? is also applicable for the following questions: