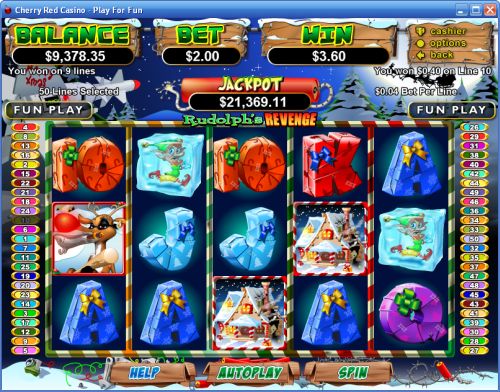 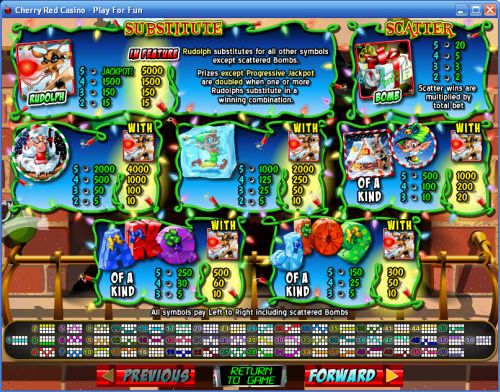 Hit the “Autoplay” button to open the autoplay settings. You will be able to set the number of spins, set it to stop when the jackpot is won, stop if a win exceeds or equals (any amount you input), stop on any win, stop if your balance increases/decreases by any amount you input and stop once the feature is triggered. You can stop the Rudolph’s Revenge autoplay mode using the “Stop Auto” button to deactivate it.

Rudolph’s Revenge is a good sequel to Santa Strikes Back and is a fun Christmas-themed video slot. If you are looking for a Christmas slot with a bit of a comical theme, you can play it when you sign up and make a deposit at Bovada.

How do I win the Rudolph’s Revenge Progressive Jackpot?